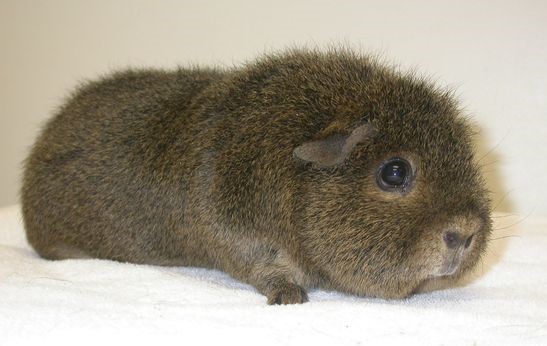 March is all about guinea pigs! Not only did we feature guinea pigs as our Animal of the Month for March, but it was also Adopt A Rescued Guinea Pig Month. Although we should point out that there are many guinea pigs who are waiting at animal shelters and rescues for their forever home all year round. And always remember to do your research on guinea pigs and what they need to be healthy and happy before adopting one into your family. If you were following us on Twitter @ExoticPetVets this month, you would have seen our tweets filled with fascinating and fun facts about guinea pigs. If you missed any of our tweets, here is a summary for your reference. Did you know?:

This is the second time guinea pigs have been featured as our Animal of the Month. Check out our blog post from March 2014 to see our tweets about guinea pigs the first time around!