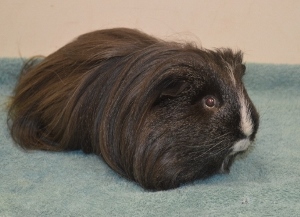 March comes in like a lion and goes out like a lamb, as the saying goes. But for us March was all about guinea pigs as they were our featured Animal of the Month!  We tweeted interesting facts about these charming animals throughout March on our Twitter feed @ExoticPetVets. Here is a summary of our tweets in case you missed them. Did you know?: