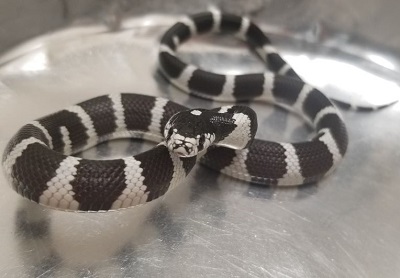 We had royalty as our latest Animal of the Month! But now that it’s the last day of August, it’s time to bid the California kingsnake a fond farewell as he slithers out of the spotlight. We hope you enjoyed following us @ExoticPetVets on Twitter as we tweeted fun and fascinating facts all month long about the California kingsnake. But if you missed any of our tweets, here is a summary that you can reference any time. Did you know?: