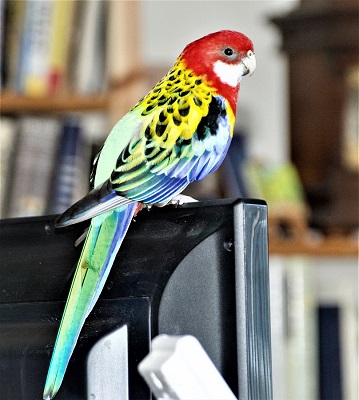 They’re bold and they’re beautiful, but we aren’t talking about characters in a soap opera. No, these colourful characters are eastern rosellas and they were our Animal of the Month for July. But now that July is almost over, it’s time for our featured creatures to fly out of the spotlight. We hope you enjoyed following us on Twitter @ExoticPetVets as we tweeted all month long about the eastern rosella. But in case you missed any of our tweets, you can always find a summary right here. Did you know?: