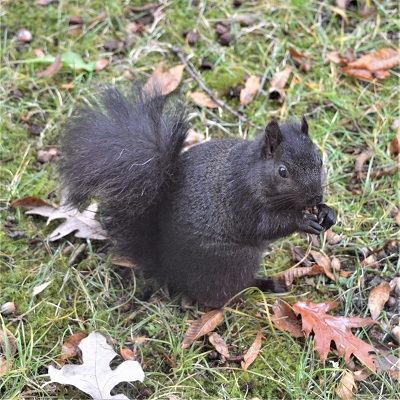 All of the creatures we feature for Animal of the Month are unique, but this month we had a really unusual star – squirrels; specifically, the Eastern grey squirrel. That’s because squirrels are not pets, but our clinic does see them under special circumstances. Squirrels are amazing animals and after our Dr. Evan Mavromatis recently removed a pellet from the head of a squirrel named Grace, we were inspired to shine the spotlight on squirrels as our Animal Of The Month for June. Did you know?:

We also want to emphasize that our clinic does not see wildlife. If you have an urgent matter regarding wildlife, please contact our friends at Toronto Wildlife Centre at 416-631-0662 or Shades of Hope Wildlife Refuge at 705-437-4654.