May 2022’s Animal Of The Month – Indian Star Tortoises 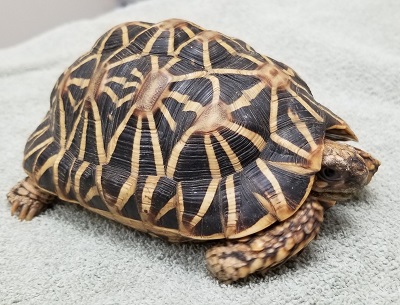 May is an important month for turtles and tortoises. After all, World Turtle Day is celebrated – or should we say, shell-ebrated – on May 23rd every year. And this is why we chose to shell-ebrate the Indian star tortoise on Twitter @ExoticPetVets as our Animal of the Month for May. But now that the month is winding down, it is time for us to bid the Indian star tortoise a fond farewell. If you missed any of our tweets during the month, you can find a summary right here. Did you know?: