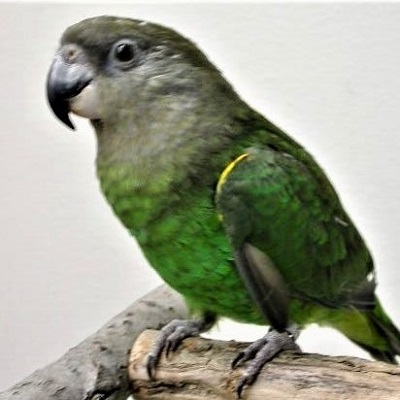 Tomorrow is Halloween, which means the end is nigh…for October, that is. And that also means our Animal of the Month, the brown-headed parrot, is flying out of the spotlight for now. We hope you enjoyed following us on Twitter @ExoticPetVets as we tweeted all month long about these birds with a secret. And if you missed any of our tweets during the month, here is a summary (which also reveals the brown-headed parrot’s secret). Did you know?: