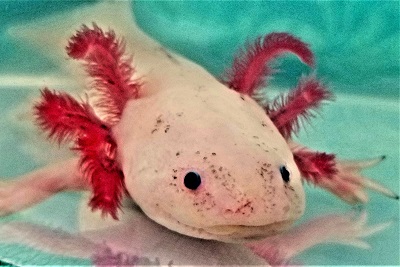 It is time to say goodbye to November and the axolotl our Animal of the Month. We have full confidence that everyone who was following our Animal of the Month feature on Twitter @ExoticPetVets can now correctly pronounce “axolotl.” But if you missed our tweet on how to pronounce the name of these amazing salamanders – or any other of our tweets – here is a summary that you can use as a reference any time. Did you know?: