By Lifelearn Admin November 30, 2020 No Comments 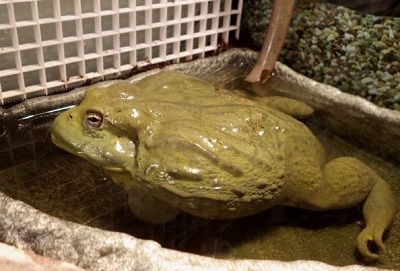 If you were following us on Twitter @ExoticPetVets and humming “Joy To The World” by Three Dog Night this month, we wouldn’t be surprised. But now that November is winding down, it’s time for us to bid a fond farewell to the African bullfrog as our Animal of the Month. And if you were distracted by singing the words “Jeremiah was a bullfrog. Was a good friend of mine…” and missed some of our tweets, we have a summary for you. Did you know?: