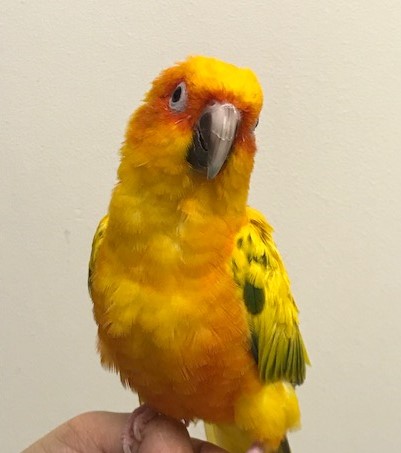 It may be cold today in Toronto, but it’s a bright and sunny day as January draws to a close. So it seems apropos that we are saying goodbye (for now) to the bright and brilliant sun conure as our Animal of the Month. We hope you enjoyed our tweets about these loud birds while following us on Twitter @ExoticPetVets. If you missed any of our tweets, here is a summary that you can reference any time – and you won’t even need earplugs! Did you know?: