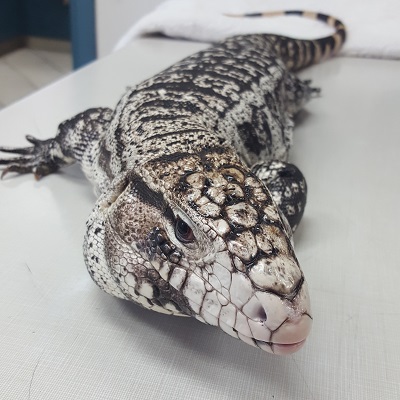 We are bidding the tegu a fond farewell as our Animal of the Month now that August is winding down. There are three species of tegus that we see at our clinic, but the Argentine black and white tegu is our most common tegu patient so we focused on this species for our feature. We hope you were following us on Twitter @ExoticPetVets as we tweeted about these intelligent and affectionate reptiles during the month. Here is a summary if you missed any of our tweets. Did you know?: