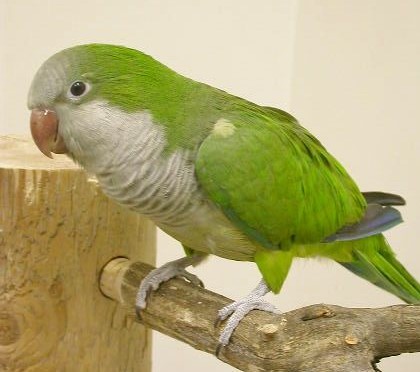 It’s the last day for our July Animal of the Month, which means the Quaker parakeet is flying out of the spotlight in order to make way for our new featured creature. We hope you enjoyed our tweets all month long on Twitter @ExoticPetVets about these social and sassy birds. In case you missed any, the following is a summary of our tweets. Did you know?: