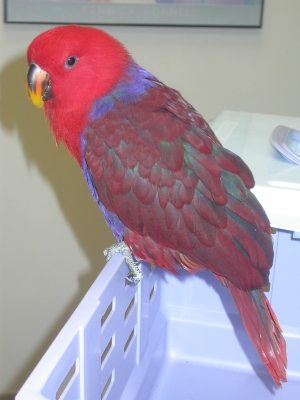 This April gave us an eclectic mix of weather, so it seems appropriate that our Animal of the Month for April is also eclectic. But now that the last day of April is upon us, it’s time to say goodbye to the eclectus parrot as our featured creature. We hope you were following us @ExoticPetVets on Twitter and enjoyed our tweets about these colourful characters. If you missed any, here is a summary. Did you know?: