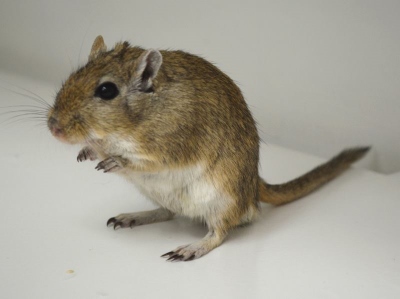 Time marches on and March is almost done. So it’s time to bid a fond farewell to the gerbil, who was our Animal of the Month. If you’ve been following us @ExoticPetVets on Twitter, you will know that this is the second time around that gerbils have been our featured creature. But this time we did something different and focused specifically on the Mongolian gerbil. Here is a summary of our tweets this month in case you missed any. Did you know?:

As mentioned above, this is the second time we have featured gerbils as our Animal of the Month. Check out our blog post from March 2015 to see our tweets about gerbils the first time around!