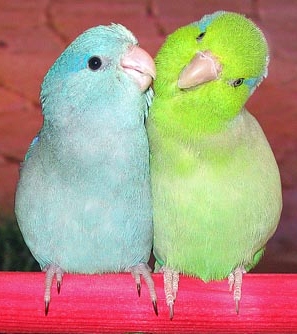 Pacific parrotlets were our featured Animal of the Month for September, but now these tiny little bundles of energy are flying out of the spotlight as the month draws to a close. We tweeted all month about these sassy birds @ExoticPetVets. But if you missed any of our tweets, here’s a summary. Did you know?: