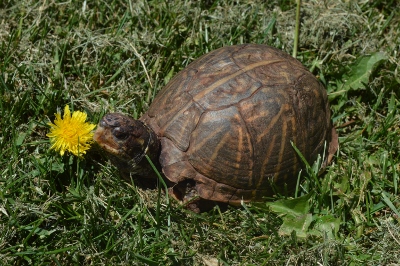 Slowly but surely, the box tortoise is stepping out of the spotlight to make way for a new Animal of the Month. We hope you enjoyed our tweets @ExoticPetVets throughout May about these popular reptiles.  In case you missed any of tweets, here is a summary. Did you know?: