By Lifelearn Admin February 29, 2016 No Comments 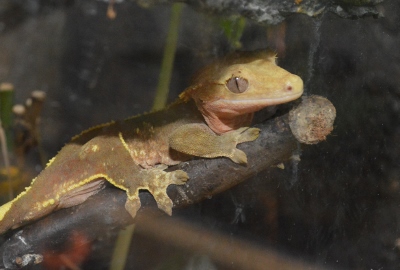 It’s February 29th, also known as Leap Day, and the crested gecko is leaping away as our Animal Of The Month for February. If you’ve been following us on Twitter @ExoticPetVets, you will have seen our tweets about crested geckos being very good at jumping, so is it any wonder they’re leaping away on Leap Day?  We also tweeted so many other fun facts about crested geckos throughout the month and we hope you enjoyed them. If you missed any of our tweets, here is a summary. Did you know?: