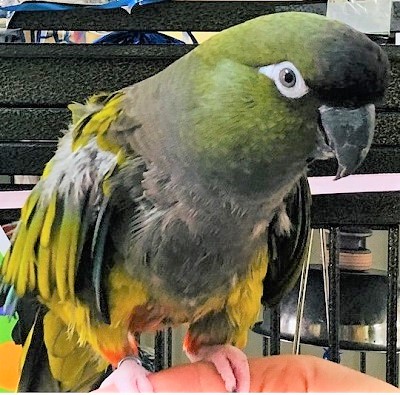 Today is Halloween which means it’s the last day of October and that it’s time to bid our Animal of the Month a fond farewell. And while our featured creature, the Patagonian conure, enjoyed his time in the spotlight, he is also anxious to join in on some Halloween antics. We hope you enjoyed following us on Twitter @ExoticPetVets as we tweeted all month long about these “little clowns.” If you missed any of our tweets, here is a summary that is always available for your reference. Did you know?: