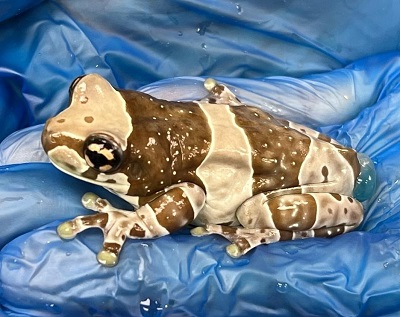 It’s the last day of November and it’s time for our Animal of the Month, the Amazon milk frog, to hop out of the spotlight. We hope you spent some time with us on Twitter @ExoticPetVets as we tweeted about these mighty South American frogs all month long. If you happened to miss any of our tweets, you can find a summary right here for your reference. Did you know?: