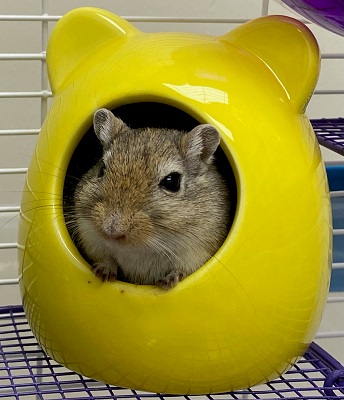 March 2022 is about to march into the history books and we too must march on as we say good-bye to our current Animal of the Month, the gerbil. We hope that you enjoyed following us on Twitter @ExoticPetVets as we tweeted all month long about these social animals. But if you missed any of our tweets, you can find a summary of them right here. Did you know?:

This is the third time we have featured gerbils as our Animal of the Month – all in the month of March too! Check out our blog posts from March 2015 and March 2018 to see what we tweeted about gerbils the previous two times we shone the spotlight on them.