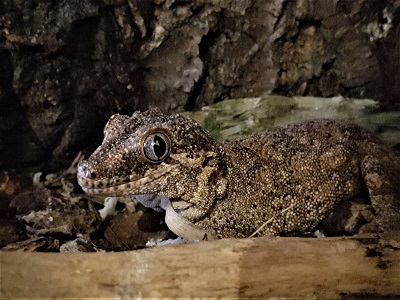 February is such a short month that it doesn’t feel like we’ve had enough time with our Animal of the Month, the gargoyle gecko. But it’s time to bid our striking featured creature a fond farewell for now. We hope that you enjoyed following us on Twitter @ExoticPetVets as we tweeted about gargoyle geckos all month long. But if you missed any of our tweets, you can find a summary of them right here. Did you know?: