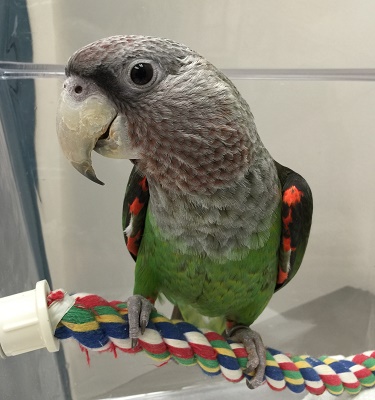 June is just about over and it is time for our Animal of the Month – the Cape parrot – to fly out of our Twitter spotlight. We hope you found our tweets @ExoticPetVets informative and fascinating about this critically endangered bird. In case you missed any, here is a summary that you can reference anytime. Did you know?: