May 2020’s Animal Of The Month – Leopard Tortoises 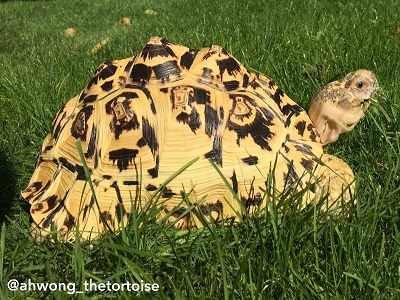 With the celebration of World Turtle Day every May 23rd, we have dedicated every Animal of the Month for May to a turtle or tortoise and this May was no exception. But now that June is around the corner, it is time for us to say goodbye to the leopard tortoise as our Animal of the Month for May 2020. We hope you spent some time with us on Twitter @ExoticPetVets as we tweeted all month long about the leopard tortoise. Here is a summary in case you missed any of our tweets. Did you know?: