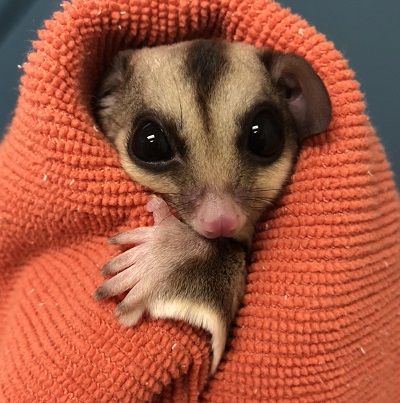 The end of April is almost here and there is no doubt that this April was a most unusual and challenging month. If you were joining us on Twitter for the first time, we want to thank and welcome you to @ExoticPetVets. We also hope you enjoyed our Animal of the Month feature as we tweeted about sugar gliders all month long. But if you missed any of our tweets, you can find them summarized here where you can reference them anytime. Did you know?:

This is the third time we have featured sugar gliders as our Animal of the Month. Check out our blog posts from December 2015 and September 2018 to see what we tweeted about rats the first two times around!