By Lifelearn Admin November 29, 2019 No Comments 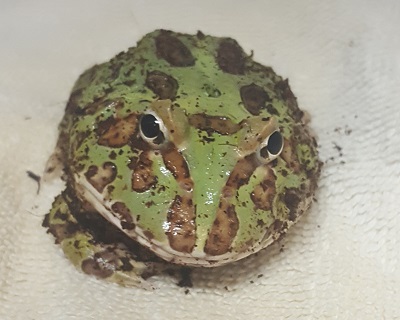 November is drawing to a close, which means we must say good-bye to our Animal of the Month the Pac-Man frog. If you’ve been following us on Twitter @ExoticPetVets, you will have seen that the Pac-Man frogs are not video game characters from the 1980’s, but are interesting amphibians who have mastered the art of the sedentary lifestyle. But if you missed any of our tweets about Pac-Man frogs, here is a summary that you can reference any time. Did you know?: