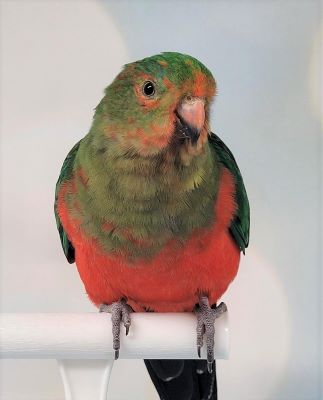 It’s the last day of April, which means it’s our last day with our April Animal of the Month – the Australian king parrot. We hope you followed along with us on Twitter @ExoticPetVets as we tweeted all month long about these colourful characters. If you missed any of our tweets, here is a summary that you can refer to at any time. Did you know?: