May 2021’s Animal Of The Month – Yellow-Bellied Sliders 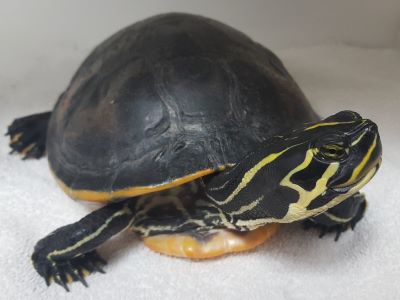 Because of World Turtle Day, May is an important month to raise awareness of the amazing turtles and tortoises we see at our clinic. We hope you enjoyed following us on Twitter @ExoticPetVets as we tweeted all month long about the yellow-bellied slider. But if you missed any of our tweets and would like a reference, here is a summary. Did you know?: