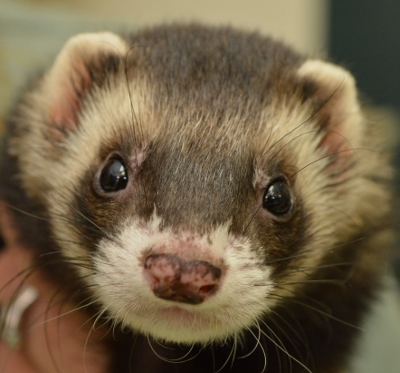 If you’ve been following us on Twitter @ExoticPetVets, you’ll know that we featured the ferret as our Animal of the Month for July. But it’s now the last day of the month and these mischievous escape artists are stealing their way out of the spotlight (see what we did there?). Did you miss any of our tweets? If so, we have a summary for you. Did you know?:

This is the second time we have featured ferrets as our Animal of the Month. Check out our blog post from September 2014 to see our tweets about ferrets the first time they were in the spotlight!