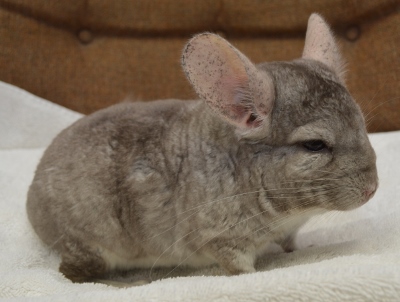 They’re small, soft and taking their final bow as our Animal of the Month for April.  We hope you enjoyed the time we spent this month featuring the chinchilla on Twitter @ExoticPetVets. Did you miss any of our tweets? Well, here’s a summary! Did you know?:

This marks the second time we have featured chinchillas as our Animal of the Month. Check out our blog post from June 2014 to see our tweets about chinchillas the first time they were in the spotlight!