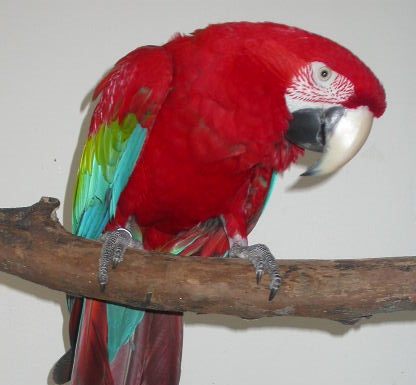 It’s time to bid a fond farewell to our friend the green-winged macaw and watch him fly out of the spotlight as our Animal of the Month for April. We hope you enjoyed our tweets @ExoticPetVets throughout the month about these gentle giants. But in case you missed any, here is a summary of our tweets. Did you know?: