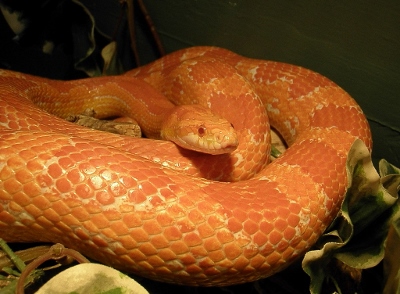 August is winding down and our Animal of the Month, the corn snake, is now slithering off into the sunset. We hope you enjoyed the fun facts we tweeted about these easy-going snakes throughout the month. Check out our Twitter account @ExoticPetVets next week when we reveal our next Animal of the Month. But first, here’s a summary of our tweets about the corn snake in case you missed any. Did you know?: