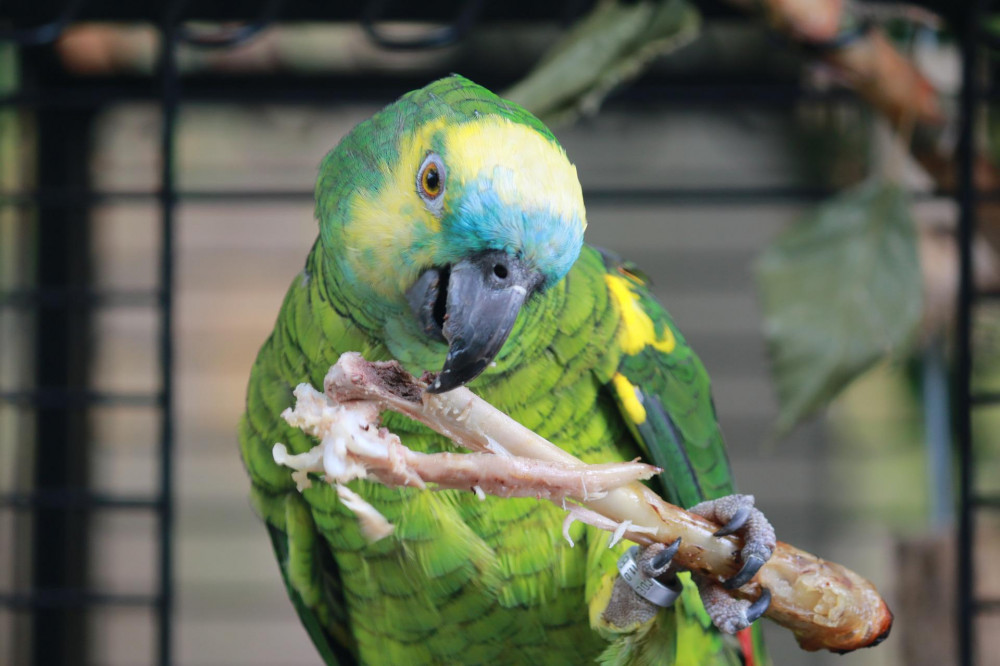 Pacheco's disease is caused by a herpes virus. Many species of birds are susceptible. Cockatoos and Amazon parrots are very susceptible to the infection and usually die, whereas conures, such as the Nanday and Patagonian conures, seem to be more resistant to the disease. This disease has been rarely noted in pet birds since the Wild Bird Conservation Act of 1993; the virus was primarily associated with imported wild birds.

What are the signs of Pacheco's disease?

Unfortunately, there are no unique clinical signs specific to Pacheco's disease. Some birds may show only a brief period of lethargy and appetite loss before dying, whereas others may have polyuria (excessive watery droppings) and/or regurgitation of clear mucus. Many birds show no clinical signs and are simply found dead, apparently normal the day before. Therefore, any sick bird could potentially be infected with Pacheco's disease.

Pacheco's disease should be considered as a possible cause of any sudden death in a pet bird that has been around another parrot species in the last seven days, especially if there were no clinical signs preceding death and the bird was in good body condition.

"There are no unique clinical signs specific for Pacheco's disease."

How is Pacheco's disease diagnosed?

Due to its insidious nature, diagnosis prior to the death of the bird is not always possible. If the bird has died, the virus can be detected on histopathology sections of the liver, kidneys, and intestines, or in laboratory testing of cloacal swabs or feces. When Pacheco's disease is diagnosed after death, which is often the case, it is extremely important to treat other exposed birds.

How is Pacheco's disease treated?

Since birds with Pacheco's disease often die suddenly, treatment is not usually effective. When there is a confirmed Pacheco’s virus death amongst an aviary or household of birds, an oral anti-herpesvirus drug may be administered to help reduce death rates in other exposed birds.

Can Pacheco's disease be prevented?

Some birds, such as Nanday and Patagonian conures, may be carriers of the virus but never become ill. These species should be housed separately from other species, or you may want to consider removing them from your bird collection. If you have a bird that died from Pacheco's, the environment should be thoroughly disinfected and feces should be properly disposed of to prevent transmission to other birds.

A Pacheco’s vaccine was available years ago but was discontinued due to problematic side effects and several deaths.

© Copyright 2022 LifeLearn Inc. Used and/or modified with permission under license.