By Lifelearn Admin September 30, 2019 No Comments 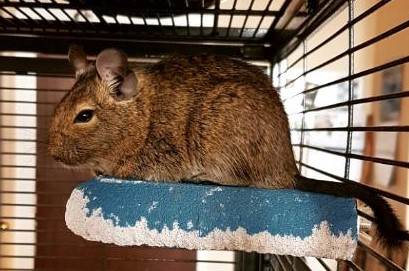 Today is the last day of September, which means it’s time to say good-bye (for now) to our Animal of the Month, the degu. We hope you were following us on Twitter @ExoticPetVets all month long as we tweeted about these social and intelligent rodents. But if you missed any of our tweets, here is a summary. Did you know?:

Degus have been featured as our Animal of the Month once before. Check out our blog post from March 2016 to see what we tweeted about degus the first time they were in our spotlight!