By Lifelearn Admin November 30, 2018 No Comments 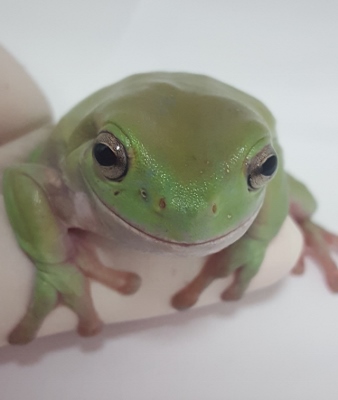 It’s the last day of November and that means today is the last day the spotlight is on the White’s tree frog as our Animal of the Month. We hope you were following us on Twitter @ExoticPetVets throughout November as we tweeted about these nocturnal frogs who always look like they’re smiling. If you missed any of our tweets, we have a summary of them for you right here. Did you know?: