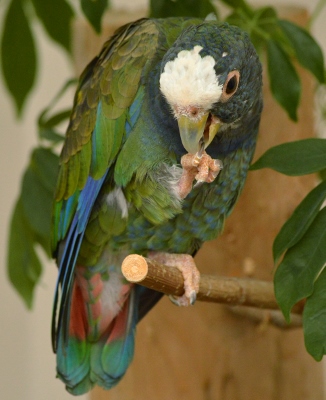 It’s July 31st and while it may be Harry Potter’s birthday, today also marks the end of our Animal of the Month for July. We hope you were following us on Twitter @ExoticPetVets as we tweeted all month long about the underrated white-capped Pionus. But if you missed any of our tweets, here is a summary. Did you know?: