A funny thing happened at the clinic…

By Lifelearn Admin November 16, 2015 No Comments 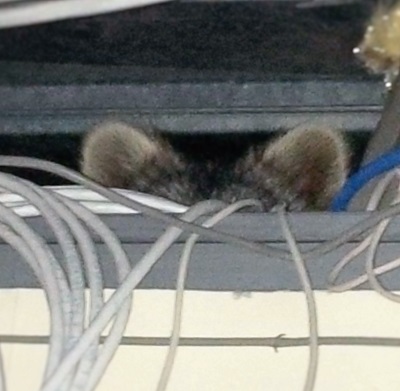 About an hour before closing on Thursday night, Dr. Evan, Dr. Michelle, and veterinary technician Elga noticed an odd noise in the drop ceiling over their heads in the office library. After some exploration, it was discovered that a raccoon had somehow found his way into the space above the drop ceiling. 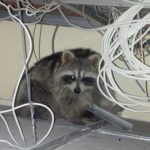 Further investigation soon lead to the conclusion that this raccoon was not going to come down easily. He managed to climb up and go down into a sealed compartment containing ventilation ducts.  There was nowhere for him to go. 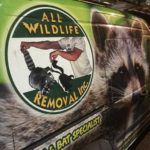 Officials at property manager Sterling Karamar were called and they soon had All  Wildlife Removal Inc. on scene. Richard, the wildlife removal specialist, arrived at 8:45 pm.  The situation was assessed and it became  very apparent that this raccoon was not coming back up the way he went down.

Together, with Dr. Rick, it was decided to move a small fridge from a tight cubby hole, crawl into a box-like  opening, cut through two layers of drywall and insulation with a knife to finally see the poor little fellow in this  sealed ventilation compartment. Of course, he was behind all the duct work.  Richard was very patient and  treated the raccoon with a great deal of respect, using a calm and gentle voice to try and coax him out.

Over the next 30 minutes or so, and using a special pole with a loop at its end, Richard finally caught the raccoon in a safe and secure fashion around the belly.  But then came the hard part…pulling an angry raccoon up and out of a small contained space, through a relatively small hole in a wall and getting him into a secure and safe box so he could be taken outside and released. 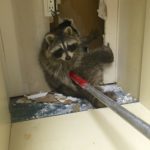 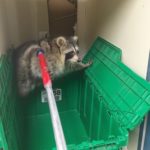 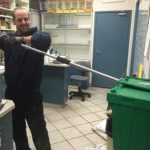 Richard did a great job!  No one was hurt and the raccoon was unharmed, but very likely a little shaken.  After opening the box outside, he quickly scrambled away into the dark.  Richard said “that raccoon isn’t ever going to come back here.” 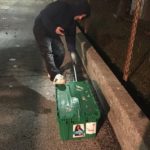 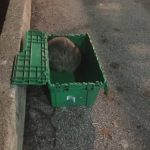 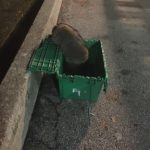 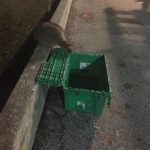